Herricks School District officials immediately expressed their satisfaction as voters in the district overwhelmingly approved the district’s capital bond proposal by a vote of 676 to 165.

The vote took place on Dec. 6 and represented the most ambitious renovation project in years at one of the county’s top school districts. More specifically, the vote was on a $24.5 million bond to cover most of the upgrades, which include $17.9 million in projects to address health and safety improvements and other projects considered necessary to maintain the schools. A total of $11.6 million would be earmarked for modernization of facilities at the high school.

“We would like to thank all of the members of our community who took the time to vote on this facilities improvement plan, and for their continued support,” said Superintendent of Schools Dr. Fino Celano. “The passage of this proposition will be transformational for Herricks, and ensure that our schools provide a safe, inviting and modern environment for our students to learn, thrive and enjoy.”

The Herricks Board of Education was even more effusive in their praise.

“On behalf of the entire Herricks Public Schools Board of Education, I would like to thank all residents who voted on the recent bond proposition,” said Nancy Feldstein, board president, in an open letter to the community. “More than 80 percent of voters cast their approval for the project, which demonstrates that our community has a vested interest in the future of our district. Through your approval, we are able to move forward with critical renovations to our schools, the Community Center and Shelter Rock Academy. On a districtwide level, the proposed referendum will improve basic infrastructure such as bathrooms, doors, masonry and ventilation systems. The plan also focuses on modernization at the high school to provide for a 21st century learning environment. Improvements at the high school include renovation to an outdated science lab, the cafeteria, the field, storage sheds, bleachers and the fitness center. Overall, we will now have the facilities to support the top-notch education that our district provides its students. Again, thank you for your participation and support.

We will continue to keep the community updated as we move through the process of getting plans approved by the New York State Education Department and, of course, timing of the renovation projects.”

Projects include renovations to select interior and exterior doors, new locks to all classroom doors, new windows, asphalt, sidewalk and masonry improvements, and select bathroom and ventilation system renovations. In addition, the proposal calls for upgrades and modernization to high school facilities, including the cafeteria, science lab and athletic field, in order to provide for a 21st-century learning environment.

The decision to hold the vote was made at the board’s Oct. 6 meeting. The project, which school district officials said carries no additional tax impact, had been under discussion for months and involved the input of students, parents, district staff members and residents.
At public meetings, board members said that the plan would draw $5 million from the district’s capital reserve to fund the balance of the work. The proposal, they added, would prioritize projects estimated at $80 million identified by a capital committee of district administrators and school board members in a facilities survey.

Improvements at the high school, built in 1958, would include renovations to the cafeteria and science lab, replacement of the building’s generator, construction of a new fitness center and installation of a multipurpose athletic turf field made of Coolfill along with new bleachers and restrooms.

At those same meetings, Roger Smith, the architect retained by the board to plan the projects, said 40 percent of the bathrooms in district schools would be renovated. He said vinyl plank flooring would be installed in the high school cafeteria, along with Wi-Fi technology and air conditioning. He added the $1.5 million turf field for athletic team competition, new bleachers and installation of track lighting on the athletic field perimeter to enable use at night would transform the existing infrastructure. In addition, a new fitness center, Smith added, would be equipped with exercise equipment, would be a 2,400 sq. ft. addition on the front of the high school building. 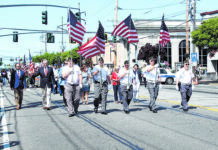 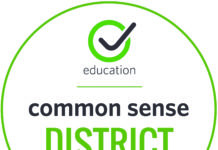