Recently, New York State Senator Anna M. Kaplan (D-North Hills) was joined by New York State Senator John Liu (D-Queens), local elected officials, local Asian-American civic leaders and members of the community for a ceremony to induct Peter Gong of New Hyde Park, into the New York State Senate Veterans Hall of Fame for 2021, and present him with a plaque commemorating the honor. Gong is a retired Master Sergeant who served 12 years in the United States Army and 16 years in the U.S. Air Force. After 28 years of honorable service, Ret. Master Sgt. Gong continues to give back as a dedicated member of the Honor Guard at funerals of fallen service members, is a leader in local Chinese-American civic groups, and a vocal activist against hate crimes.

“We all owe a significant debt of gratitude to the men and woman who have answered the call to serve, and who courageously defended our freedoms in the armed forces,” Kaplan said. “As a young man in the Army, Peter endured malaria, snakes, leeches and casual racism while air-jumping into the rice paddies of Vietnam-his honor and duty to country unwavering under 60 pounds of gear on his back. Since retiring from the military, Peter has been a cherished hero in our community and an outspoken advocate against hate and xenophobia. At a time when hate and bias targeting the Asian American community has exploded across the country, Peter’s activism is more important than ever and it gives me great pride to elevate his voice and nominate him to the New York State Senate Veterans Hall of Fame for 2021 so that everyone across the state can appreciate him for his service and recognize him for the hero that he is.”

“I am extremely honored that my community came out to recognize my service as a member of the United States military,” Gong said. “After 28 years of service, today I accept this award on behalf of my fellow veterans who have sacrificed so much to ensure the peace and prosperity of our nation and the world. Thank you to State Senators Anna Kaplan, John Liu and all the organizations who continue to pay tribute to veterans across our great nation.”

For more than a decade, the New York State Senate has had a tradition of honoring remarkable veterans from around the state who have distinguished themselves both in military and civilian life by inducting them into the Senate’s Veterans Hall of Fame, and each year, one veteran from each of New York’s 63 Senate Districts is selected to receive this rare tribute.

The event included a presentation of colors by the Veterans Honor Guard, led by Peter Gong, an invocation and performance of God Bless America by Nassau County American Legion Chaplain Eric Spinner and remarks by Christine Liu, Co-President of the Herricks Chinese Association, Betty Leong, President of the Chinese Center on Long Island, and Thomas Ong, President of the Organization of Chinese Americans (OCA) Long Island Chapter.

—Submitted by the office of Senator Anna Kaplan 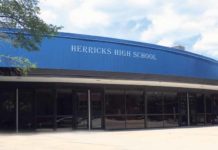 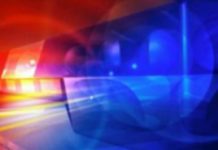 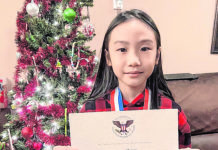