In just over a year, the new Elmont LIRR station, which is the first full-time station to be constructed in nearly half a century, is nearing the completion of its first phase. The milestone will allow partial service in time for the opening of the New York Islanders’ new arena that is scheduled to open in late November 2021.

The new Elmont LIRR train station will be located between the Queens Village and Bellerose stations on the LIRR’s main line. The new station will provide direct service to Belmont Park from the east and west, as opposed to the LIRR spur, which only provides westbound service. Now, instead of forcing Long Islanders who are coming from the east of Belmont to ride past Belmont Park to Jamaica station and then transfer to a train that backtracks to the spur, travelers who live east of Belmont on the Hempstead, Oyster Bay, Port Jefferson and Ronkonkoma branches will have a ride straight to Belmont.

The station will be part of the $1.26 billion Belmont Park Redevelopment Project, which also includes a new 19,000-seat arena, hotel and retail village. The UBS Arena will be the new home of the New York Islanders and will also host concerts and other events. The design-build project is expected to generate nearly $50 million in new public revenue per year and produce $725 million in annual economic output.

Electric shuttle buses, which are already planned to run from parking lots within Belmont Park, will also serve LIRR riders traveling to the grandstand, UBS Arena, and planned hotel and retail village. The new full-time station will relieve pressure on the existing Belmont spur station during major events like the Belmont Stakes and will provide critically needed redundancy if there is a service disruption to the spur.

—Information provided by A Modern LI 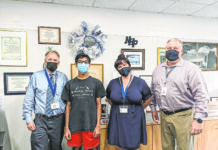