The Lakeville Estates Civic Association held a meeting last week where residents voiced their concerns about the proposal of a new building that would be constructed within an existing shopping center’s parking lot in New Hyde Park.

The applicant, SFR Realty, said they have had discussions with the Town of North Hempstead and the civic association for close to a year discussing plans of what the building would look like.

At previous meetings, some residents asked why the proposed building can’t be moved further east in the parking lot closer to Old Navy and Five Below. The applicant said they are prohibited by doing that because of leases with Old Navy and Five Below who have a no-build-area exhibit, which prohibits them from putting any building on the eastern side of the property.

“Our lease documents with Stop & Shop also have a no-build kind of provision, which covers a good part of the shopping center except for the one spot where we’re going to place the building,” the applicant added.

Other residents also asked why there is a need to construct a new building when there are at least three buildings in the shopping center that are vacant. The applicant said that every building inside the shopping center is fully leased with new stores being added soon once permits are approved.

So what types of new retail stores would be occupying the proposed new building? The applicant said that a phone store has shown interest as well as a possible dental place.

“We really haven’t tried marketing the space,” the applicant said. “We don’t have any concrete proposals or letters of intent. It’s too premature and tenants aren’t interested in focusing on a property unless the approvals have been met.”

One resident asked if the proposed building would have a cannabis-type business inside.

“Absolutely not,” the applicant responded. “We have given, several times, letters to the civic association stating that we have no interest or intention to lease this to any type of marijuana dispensary or anything like that. We would be prohibited from doing it by lease provisions anyway from within the shopping center.”

One resident asked where trucks making deliveries to the stores would park after another resident mentioned that it would be a tight squeeze in that area with Stop & Shop’s trucks also making drop-offs.

“They would pull up in front of the stores and use sidewalk delivery as they do in other places,” the applicant said. “They’ll pull into the parking lot inside the parking center.”

The resident responded, “This is the worst part of the parking lot to place a building. You couldn’t have picked a worse spot. If this is the only choice you have to make, you shouldn’t even make it. It’s going to be so congested there. That’s prime parking for Stop & Shop.”

Another resident said that safety in that parking lot is a major concern for her.

“The parking lot floods terribly; they’ve tried to remedy it, but they have not,” the resident claimed. “There are many empty buildings right now. Rite Aid has been empty for a very long time. DressBarn is empty and so is Payless. The parking lot is already overly congested. We get people from Queens who come shopping here and people from the east of us. We have so many buildings in New Hyde Park that are not rented and are vacated. A phone store just closed on my corner last week and there’s a row of new stores on North 6th and Hillside that aren’t rented. Why do we need this?”

The applicant said the former Payless store, which is 3,600-square-feet, has a signed lease for eight months with Geico insurance.

“Geico has been waiting for a building permit to be issued,” the applicant said. “Last week the permit was approved by the building department. It’s a 10-year lease. DressBarn, which is 6,300-square-feet, we have a signed lease for two-thirds of that store with an international apparel brand company that has over 125 stores. They’ve been on file with the building department since March. The lease has been signed since March 2020.”

The Rite-Aid store, however, is still under lease from Walgreens. Walgreens, who is still paying rent, closed the Rite-Aid store in the shopping center because there is a Walgreens just two blocks away towards the city line.

“We were always 100 percent occupied until COVID,” the applicant explained. “We want the center to be a strong center that appeals to the demographic of the New Hyde Park market and we’re hopeful that they’ll be good tenants.”

The Town of North Hempstead will hold a continuation public hearing on Sept. 30 for 653-697 Hillside Ave. for a site plan review. 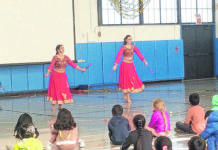 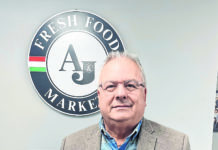 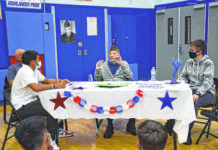