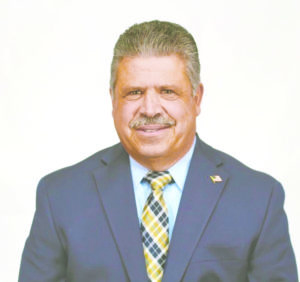 This year’s village election is slated for Tuesday, March 16 with two new faces hoping to snag seats on the village’s board. One of those faces is village resident Arthur Savarese, who brings more than 30-plus years of leadership and sales experience cultivating long-term business partnerships and securing top performing accounts. He melds the skills he acquired through his BA in Marketing from St. Johns University with a proven track record of delivering high-quality customer service to meet the needs of his clients. Savarese and his wife have been residents of New Hyde Park for 33 years. His children have attended Stewart Manor School; St. Anne’s and are graduates of New Hyde Park Memorial High School. During his time in New Hyde Park, he has served on the board for the New Hyde Park Little League and coached for several years. He started the travel baseball team the New Hyde Park Bluedevils, who are a great group of players from the New Hyde Park area. As well as being very familiar with the local community, he has been very supportive of local events and causes in the area. In addition he also obtained his real estate license in 2019 for New York and is an agent for a local company in New Hyde Park—First Flag Realty. Savarese has returned to work for his high school in Queens as the Director of Development & Alumni Affairs for Cathedral Prep School & Seminary.

“I’m running for the village trustee to give back to the community that has given me and my wife so much over the past 30-plus years,” Savarese said. “In addition, I decided to run for trustee in the upcoming election because the village needs a change in the direction it is headed. More of the same will do us no good. We need to change and become more efficient in how we do things; we need to have participation from the village residents.”

Savarese said the ultimate goal for the Unity Party is to bring people together.

“I met with Chris Devane to share my thoughts and vision with him,” he said. “We are on the same page working as a team, as well as my fellow trustee Madhvi Nijjar. We want to bring our community together and revitalize the shopping corridor on Jericho Turnpike, improve the parks, village hall and finally build a new DPW facility.”

So what does Savarese love most about the Village of New Hyde Park?

“When my wife and I moved to New Hyde Park back in 1988 we were just married and new to the neighborhood,” he explained. “We were the youngest couple on our block, but we were welcomed and became friends with our wonderful neighbors, who always looked out for one another. As we started a family, we were involved in community events and I served on the board of the New Hyde Park Little League. We have developed a sense of pride with other families to make New Hyde Park the best it can be and to bring a sense of community to our neighborhood.” 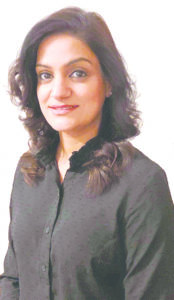 The second face hoping to get on the village board is Madhvi Nijjar. She is a married mother of two wonderful children and her husband, Jiwan, is a detective in the NYPD. Their children, Arman and Aryan, attend New Hyde Park Road School and Memorial High School. Nijjar received her bachelor’s in Psychology from John Jay College. She went on to receive a master’s from Adelphi University in Social Work with a major in Psychotherapy. Her passion in the field of mental health and human services has led her to pursue a career teaching those who want a future in this profession. Her ability to speak three languages has allowed her to assist many more individuals with diverse backgrounds. Nijjar and her husband moved into the village 20 years ago to make a home and live in a community that has good schools and where neighbors become friends and more like a second family. In recent years they began to question whether New Hyde Park or New York were still places they wanted to call home. The slow decline of the suburban way of life and the lack of community feel were genuine concerns. After much deliberation, Nijjar has chosen to stay and invest in her home community. She knows what she wants for her children, family and neighbors. Nijjar is a founding member of the Unity Party and will fight every day to make New Hyde Park a great place to live. She looks forward to embracing the challenges that lie ahead over the next four years.

“I decided to run for village trustee because I believe ‘if you change nothing, nothing changes’,” Nijiar said. “As a village resident I felt that it was time to make a decision; do I sit on the sidelines and just complain or do I take action and ‘be the change’ that my neighbors and I would like to see in our community? For the past few years, we have been noticing that the current administration has not been transparent with the residents. The Unity [Party] is dedicated to making sure everyone is heard on how their village government operates.”

Nijiar added that, if elected to the village board, she wants to focus on what the community truly needs.

“The Unity Party and my fellow running mates, Chris Devane, Arthur Savarese and Timothy Jones have a vision that we all share,” she said. “We want to see the village be the place where people live and be happy raising a family while being part of a community. The community concerns are our priority. We hear you and we will respond. We will revitalize Jericho Turnpike, work on the beautification of Second and Third avenues, improve the village hall building, our local parks and the DPW. The goal of the Unity Party is to make you proud to call this community your home.”

So what does Nijiar love most about the Village of New Hyde Park?

“Twenty years ago, my husband and I chose to make New Hyde Park our home and start a family because of the sense of community, good schools and safety and security, the village represented,” she concluded. “Much to my dismay and many others as well, I feel that slipping away. My family was at a crossroads much like the village is now. Like many of our neighbors we were seriously considering whether it’s time to move. I have chosen to stay and fight for this community. My kids and your kids deserve better. I joined the Unity Party to make a difference. Together we can make it happen. Join our journey and let’s focus on the future. Vote the Unity Party.”

This year’s village election is slated for Tuesday, March 16 from 12 to 9 p.m. at Marcus Christ Hall located at 1420 Jericho Tpke. For more information on the Unity Party, visit www.nhpunityparty.com. Due to the ongoing pandemic, residents can vote via mail-in ballot also. The ballot can be found at www.vnhp.org/village-elections.