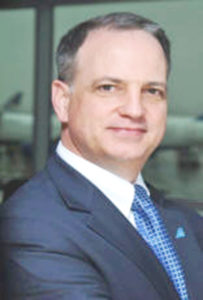 “It has been my honor to have served on the village board for 20 years—the last four years as mayor,” he said. “Prior to and during my 20 years on the village board of trustees, I served for 10 years on the New Hyde Park–Garden City Park Board of Education. I served as a trustee, vice president and president of the board of education. I am immensely proud of what my colleagues and I accomplished throughout the years of service to our community. The last four years as mayor has brought unprecedented challenges. The LIRR third track project is the largest undertaking that our small village has ever faced—or is likely to face.

“Having worked closely on the LIRR’s prior attempt at a third track, and chairing the LIRR Task Force for the village, I was uniquely positioned to lead negotiations and oversee the build out in our community. Once in motion, the project required an extremely high degree of engagement to protect our residents and our community. It has been a draining experience and has increased mayoral duties exponentially. I am grateful to have trustee Rainer Burger step up and assist me in a very active and highly professional manner.”

Montreuil said it is gratifying to see the fruits of the board’s labor come into focus as important elements of the third track project take shape.

“Our work with the MTA and their contractors has eliminated three at grade railroad crossings in New Hyde Park in a way that is contextually sensitive and retains the suburban character of our village,” Montreuil said. “The impact from this massive construction has been intrusive, but would have been far worse without securing the vital concessions through many long hours of negotiations. In addition to the near daily interaction with third track issues, the board has worked with other infrastructure improvement projects, damaging storms and a pandemic. Combining these with managing normal village operations, budgets, labor negotiations, etc., has a cumulative effect that is draining.”

Despite all that, Montreuil said the village is in very good shape.

“The third track project will be winding down, the Harley Davidson project is behind us and the village has built a strong cash reserve,” he added. “That will help see us through non-tax revenue shortfalls resulting from the governor’s decision to shut down the economy. So much of the credit for our fiscal well-being goes to Deputy Mayor Donna Squicciarino, who is an extremely smart and dedicated public servant. Past mayors Dan Petruccio and Bob Lofaro, along with trustees on their boards, set sustainable improvement plans in motion that continues to bear fruit. The heart of New Hyde Park is in the little old school building on Jericho Turnpike. The village staff, who works inside that building and at our DPW facility, keeps our village humming. It has been a great pleasure of my life to have been part of the village family and work alongside such wonderful people.” 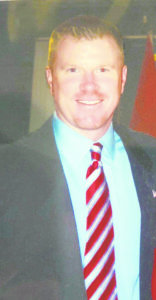 Looking forward, Montreuil said the village is embarking on a comprehensive master plan based on community engagement, facts and data.

“We have assured labor piece by signing a six-year union contract,” he concluded. “We are setting in motion the steps necessary to replace our 93-year-old DPW garage. With much of the heavy lifting done, the village must stay on its path of continuous improvement. New Hyde Park has been my home for most of my life. It is a great place to live with great people living here. While it has been my absolute passion and privilege to serve my New Hyde Park neighbors for 30 cumulative years, I plan to shift my attention from the important concerns of my neighbors to matters closer to home.”

More changes to the board are also set to come this year with trustee Richard Coppolla opting to not seek reelection as well. However, trustee Richard Pallisco will run again to secure his seat on the board.

Now that Mayor Montreuil is stepping away from the mayoral seat, a new face is campaigning to fill it—village justice Christopher Devane, who is running under the New Hyde Park Unity Party. The newly formed Unity Party states that it stands for the principles of an open, honest, diverse and inclusive form of village government.

“Serving as village justice for the last 18 years was an honor and privilege,” Devane said. “I am so thankful for the opportunity and the wonderful colleagues I worked alongside. However, there was a part of me that felt as though I was standing on the sidelines. I wanted to get in the game and have a direct impact on decisions within our village. As a result, the Unity Party was formed. My fellow candidates are outstanding individuals, who share a passion and energy for this community. We will work everyday over the next four years to be worthy of our neighbors support.”

Devane is a lifelong member of the New Hyde Park community. He attended Notre Dame Grade School, Chaminade High School, St. John’s University B.S. Finance and St. John’s U​niversity Law School. He is a former prosecutor in the Nassau County District Attorney’s Office. Upon leaving the DA’s office, he has continued to practice law in his own firm. From 2003-21, he proudly served as NHP village justice. In addition, from 2008-21, Devane was appointed an Associate Justice by the Village of Roslyn. The Nassau County Executive appointed him to serve on the Nassau County Board of Ethics from 2018-19. He is a member of the New York State and Nassau County Bar Associations as well as the New York State and Nassau County Magistrate’s Associations. In the community, he has been a member of the New Hyde Park Fire Department for 35 years. He has served as a fire commissioner and is a former captain of the Estates Engine Company. He is on the Board of Governors of the NHP Exempt Volunteer Firemen’s Association. In addition, he has coached baseball in the Merillon and NHP Little Leagues, and continues to be a proud sponsor. Devane is a member in good standing with the Knights of Columbus Council #2852 and the Elks Lodge #2107.

So what does Devane hope to bring as mayor of New Hyde Park?

“I want to bring a sense of community to our village,” he said. “It is something tangible that you can see, feel and experience. Our village should be a desired location for families and people of all backgrounds. We all want safe and clean parks, and facilities that make us proud to use and call our own. In addition, there is a great need to have activities and events that draw every generation to come together. A vibrant downtown business community that respects and collaborates with our residents is a vital component for our community. We want our neighbors engaging and looking out for one another and forming great friendships. The Unity Party candidates will make this a reality. Together we will do this.”

Devane said there needs to be a major effort to communicate with village residents saying that it is essential to the success of the village.

“Any plan the board has must include input from our neighbors,” Devane said. “A disconnect exists between village government and our residents. The result is the community feeling disaffected, apathetic and as if their concerns and opinions are not welcome. The board needs to be open and transparent about any plans for the village. Public feedback is the very essence of local government. A five member board does not have all the answers. Failure to solicit community concerns is a recipe for disaster and eventually results in 600 angry residents at a board meeting. We have seen that happen with the attempted imposition of an apartment building along the railroad. My team is adamantly opposed to that transit oriented development. The Unity Party candidates are committed to complete transparency and extensive input from our neighbors.”

The newly formed Unity Party slate of candidates is a cross section of the village that is dedicated to improving it.

“We are all neighbors and strive for a safe and vibrant place to call home,” Devane said. “I am so proud to be running alongside Madhvi Nijjar, Arthur Savarese and Timothy Jones. These are people devoted to our village. We formed the Unity Party to bring a sense of community to our neighborhood. Join with us to deal with the challenges of the next four years. There is plenty to do and we need everyone’s input to be successful. We can do this together. Vote for the Unity Party.”

This year’s village election is slated for Tuesday, March 16 from 12 to 9 p.m. at Marcus Christ Hall located at 1420 Jericho Tpke. For more information on the Unity Party, visit www.nhpunityparty.com. Due to the ongoing pandemic, residents can vote via mail-in ballot also. The ballot can be found at www.vnhp.org/village-elections.