The complete shutdown of New Hyde Park Road that happened in early February by the Metropolitan Transit Authority (MTA) and 3TC  is moving along nicely despite the COVID-19 pandemic.

Another big step is being taken this weekend for the grade crossing elimination at New Hyde Park Road on July 11 and 12 as existing tracks are demolished and 20 hydraulic jacks with 5,000 tons of force push a new 325-ton bridge and superstructure 50 feet into place. This will happen just 20 inches at a time as the engineers ensure its proper and precise installation.

The New Hyde Park Road grade crossing is being reconstructed to feature a new five-lane underpass with pedestrian sidewalks on the east and west sides of the underpass. There will also be a dedicated left-turn lane from southbound New Hyde Park Road to Clinch Avenue, which leads into Garden City.

“This bridge is the biggest one and is by far the longest span,” construction manager Ihab Shafei said. “It has about a 75 foot span between both sides of New Hyde Park Road. On the weekend of July 11th to the 13th, train service will be shut down and we will be allowed to excavate right underneath the tracks. There is a lot of benefits of the elimination of this grade crossing. First and foremost is increasing safety in the area because it will allow unimpeded access underneath the railroad. In addition, it will cut down all the noise from the trains and the gates and will help traffic patterns.”

Nearby in Elmont, construction of the first new LIRR station in a half century will start. Like the stations under reconstruction as part of the LIRR Expansion Project, the new Elmont station will be fully ADA compliant. The station, which will straddle the Cross Island Parkway on the main line near the Queens-Nassau border, will also feature free WiFi, digital screens, elevators, canopies, charging stations and more.

MTA Construction & Development’s LIRR Expansion Project Deputy Project Executive Tom McGuinness will head up the project. His experience on the LIRR Expansion Project and its station rebuilds will serve the Elmont project well. Judlau Contracting Inc., which recently completed the tunnel phase of L Train project on budget and ahead of schedule, was selected as the design-builder.

Major construction activities are expected to begin this year while the first platform at the station is expected to open in 2021 and completion is slated for year-end 2022. 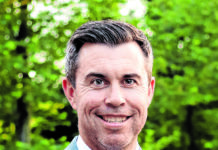 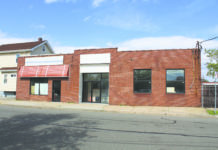 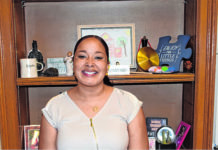