For the last seven years, one would often see village resident Paul Sokol with his metal detector in Memorial Park.

Mike McBride, who is the owner of New Hyde Park Funeral Home, had lost his beloved Claddagh ring in 2013, during set up of the fourth annual Katie’s Run, which the McBride family holds in memory of their young daughter. In doing so, they raise money for the treatment of childhood cancer as well as Ronald McDonald House.

The ring was a gift from McBride’s wife, Jeanne, when the couple was only 19 years old. McBride would continue wearing it as his wedding ring until it was sadly lost. Recently, Sokol would continue to search periodically and his tenacity paid off when he found what was thought lost forever. Sokol, along with his wife Cathy, was thrilled to present the ring to McBride this month, who was speechless. 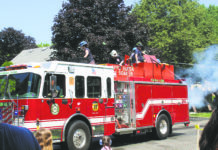 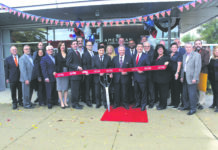