Graduation ceremonies are supposed to be a joyous occasion that celebrates high school seniors hard work, but thanks to the pandemic, all of that might be in jeopardy at New Hyde Park Memorial High School.

According to one parent, Nancy Miglliore, who’s son is a graduating senior at New Hyde Park Memorial High School, parents were told that the high school was holding out on making different arrangements regarding the graduation ceremony until the very last minute.

“We were just notified by the superintendent that there will be no graduation,” Migliore said. “Our district doesn’t have middle schools. So our kids didn’t get a middle school graduation. This graduation would be celebrating grades seven through 12. But more importantly, a high school graduation ceremony is a very big milestone in a student’s life to celebrate all their hard work and accomplishments with their family and friends. It definitely is a rite of passage. Their years in high school is a dress rehearsal and graduation is their opening night to begin the next chapter of their lives. Without an audience, there is no show, no pay-off, no final bow.”

Migliore said that the high school decided that parents would come to the school with their kids who can come to the school during their appointed time, walk in the auditorium alone, let the seniors walk up to the stage to receive their diploma and then leave.

“When we found out about the decision that their graduation ceremony was canceled, we were very angry,” Migliore said. “There was no compromise between the district and the parents. The principal, Dr. [Richard] Faccio, has been very good communicating with us through virtual meetings. I believe he wants what we want for our kids. Dr. Faccio has been very supportive, but we are all aware that he doesn’t have the authority to make the final decision. Parents and students are expressing how much a live, ceremony means to them; willing to wear masks, stand in the rain proudly if the weather is bad, but it seems the district isn’t listening. They made the decision without considering what’s important to the students. So anger turns into sadness. It’s like you almost become numb.”

There is now a change.org petition “Sewanhaka Central High School District Graduation Ceremony” that is going on in order to possibly change the Superintendent James Grossane’s mind.

“We have a Facebook group page for New Hyde Park senior parents and we discussed getting a petition together,” Migliore said. “We wanted our voices heard. One of the students decided to get the petition going and we have [more than] 2,500 signatures as of right now.”

Migliore said she isn’t going to just sit back and stay quiet.

“Giving these students a graduation ceremony is so incredibly important, especially due to how much they’ve already lost,” she said. “This was supposed to be the best year of their high school experience. Their memories were stolen from them by a COVID-19. We are in the midst of planning a graduation car parade, which will be June 15 at 2:50 p.m. Next week, I will be posting flyers in the area with the information. I hope our neighbors will stand outside their doors to clap, yell and cheer them on.”

However when Anton Media Group reached out for comment,  a school spokesperson said plans for a graduation for seniors aren’t yet finalized. 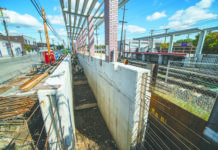 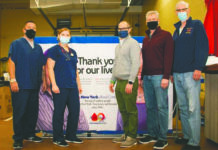 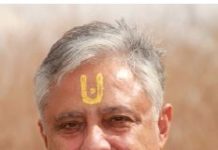 Board Of Education Responds To Diwali Request

Board Of Education Responds To Diwali Request

Village Board Left In The Dark Over Road Reopening