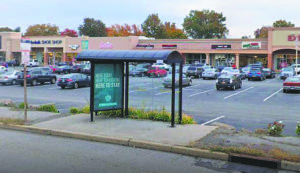 The Lakeville Estates Civic Association (LECA) is the eyes and the ears of the community and recently, they helped clean up some bus stops that needed it.

“We complained because of all the garbage that was just laying all around the ground at the bus stops and we were picking them up ourselves and dumping them, but then it got to be so overwhelming because of all the garbage that was accumulating,” Bill Cutrone, president of the Lakeville Estates Civic Association, said. “So the first one we attempted to work on a deal with was the one on Lakeville Road just north of Union Turnpike. There was a garbage pail there and somehow it just disappeared, so we called the Town of North Hempstead and they said it wasn’t their jurisdiction, but it was NICE’s, which is the bus company and then we called NICE who said it was Nassau County and then we called the county who said it wasn’t our responsibility either. So Supervisor [Judi] Bosworth, knowing our concern, had a garbage can placed there and she made a couple of calls and somehow somebody was picking up the garbage, which is great.”

Another problem area was the bus stop on Union Turnpike in front of the Lake Success Shopping Center.

“We called Nassau County and they said it wasn’t theirs since they don’t install garbage pails and they don’t have anyone there to pick them up,” Cutrone explained. “We wrote to Judi again and we worked out a deal with the shopping center because it would also alleviate people throwing garbage into bushes and shrubs. They said that if someone would purchase the pails and place them there, they would have their people come three times a week, make sure they’re emptied and clean out the bus stop.”

Cutrone said that he’s grateful for Bosworth for getting helping the civic association, saying that the pails are a huge help now because people are actually using them.

“Mr. Peck from the Lake Success Shopping Center has done a wonderful job having his people make sure that they’re maintained,” said Cutrone. “But our concern is that our bus stops should have someone be responsible for garbage pails and for also picking up the garbage. We had to work out a deal with Lake Success and there are other bus stops that need garbage pails because people don’t want to take their garbage with them on the bus. I guess you can call it a no-brainer having something there. I know that in the city, every bus stop has a garbage pail and their sanitation people pick up those pails. I know out here, they don’t have a sanitation department per say since they’re contracted out. I think that needs to be included in the contracts when they give them out to different companies.”

Besides the two garbage pails that are already on Union Turnpike at the bus stops, the civic association would also like to put one on Marcus Avenue by the Shop and Stop.

“There’s a bus stop right there, but again I can’t get a commitment from anyone to clean it up,” explained Cutrone. “Before I even pursued getting a new pail, which our civic said we’d pay for, if someone would just pick up the garbage from it. No one wants to take the responsibility and the town can’t be responsible for every bus stop because it’s technically not their responsibility to begin with.”

The LECA, which has 700 homes in its area, has been trying and succeeding for quite some time to beautify the area and always residents best interest in mind.

“If we see something with street lights being out and it’s reported to us, we call the proper authorities and they look into it and they make the changes or they replace the bulbs,” said Cutrone. “When you call as an individual, you’re put on a list and sometimes you don’t get those answers the way you like them. But I think when you have a civic behind you, they know that we’re trying to make things better, cleaner and more beautiful.” 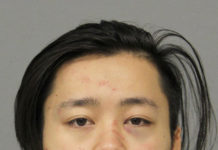 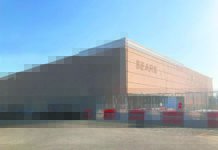 Target Sets To Come To NHP 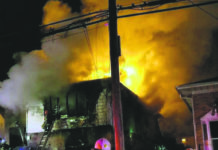 Target Sets To Come To NHP

Village To Sue Pharmaceutical Companies Instead Of FAA