Last summer, New Hyde Park’s Clinton G. Martin Park pool opened to the public after a year’s worth of renovations. However, since its reopening, it seems things aren’t going as swimmingly as originally planned behind the scenes. The renovations, which were done by Wantagh-based Gramercy Group and the Town of North Hempstead are currently in a dispute that has the town alleging that the renovated pool is actually incomplete.

On May 8 of this year, the Town of North Hempstead’s Department of Public Works Commissioner Paul DiMaria sent a letter to Gramercy Group, stating that the town planned to exercise its right to declare the group in default, stating that it would terminate its contract, ultimately withholding $1.97 million from the contractor. 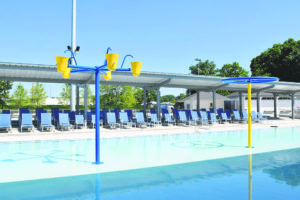 The town alleges in their letter that Gramercy Group failed to complete the project by the contractually obligated date of April 24, 2018 and failed to properly manage and coordinate the work of their subcontractors to ensure the construction met its schedule and was built in accordance with the approved construction drawing that was applicable to the town’s building codes, specifications and standards.

Additionally, it was alleged by the town that Gramercy Group installed domestic water plumbing that was installed in places that were subjected to freezing temperatures, which was in violation of the town’s building codes, and was not properly installed underground as per plans and specifications. Other allegations include insulation violations, incomplete installation of sanitary drainage and a hydronic boiler, among many other items that were listed in DiMaria’s letter.

In a letter back to the Town of North Hempstead, the vice president of operations of Gramercy Group, Gregg Jenkinson said that the company was in disagreement with the accusations that were made against them and would go before the town board.

According to court documents, President of Gramercy Group, Vincent Parziale, said that Gramercy’s business initially consisted of demolition and environmental remediation services. The company self-performed the majority of the work, providing its own labor, equipment and disposal, allowing the company to successfully control the cost, schedule, safety and quality of its jobs. In recent years, Gramercy’s business has expanded to offer a variety of additional services, including general contracting. Gramercy still self-performs most of its demolition and remediation services, though the balance of the work is performed by subcontractors.

In terms of its filing of Chapter 11 bankruptcy, Gramercy Group said it is considering all of its options, including, but not limited to, a sale of its assets in whole or in part contemplating that such a sale would be conducted with the assistance of a financial advisor, which would conduct a robust marketing process.

Now that the Gramercy Group, which said it needed a much needed breathing spell, filed for bankruptcy, the Town of North Hempstead might have a more difficult time with its litigation.

“Due to the recent news that Gramercy Group has filed for bankruptcy, the town cannot legally move forward with its default action against the company at this time,” said Town of North Hempstead spokeswoman Carole Trottere.

This year, the pool opened on June 15, which Town Supervisor Judi Bosworth said had a very well-attended opening.

“It’s safe and it’s finished in terms of people being able to enjoy it as they did last summer,” said Bosworth during a recent town board meeting about the pool renovations. 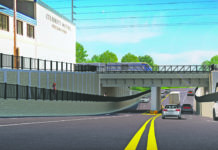 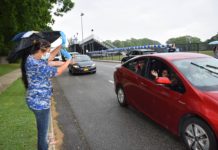 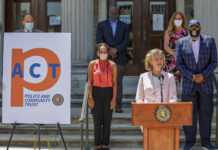