The Village of New Hyde Park continues to chug along when it comes to the various construction projects that are taking place along the train tracks for the anticipated third track that is expected to be mainly completed sometime next year.

Recently, the former two-story storage facility that was located at 115 New Hyde Park Rd., was demolished by 3TC, who are the design-build contractors for the third track project. The demolition, which only took one week to do, comes in advance of the construction of a brand new 95-space parking lot that will be between Plaza and Second Avenues. The new parking lot is expected to include a kiss-and-ride for dropping and picking up commuters at the New Hyde Park train station. The station is also expected to be enhanced and more modernized beginning in the summer of 2020.

“I was surprised,” said nearby resident Tina O’Keeffe, who lives in Stewart Manor. “It looked so strange to have that building no longer be there. I believe parking at all the stations is in shortage so hopefully that will be a positive for residents. And of course, in my line of work, I tend to be against paid storage, except for extreme circumstances, so personally I was okay to see it go.”

Additionally the temporary firehouse on South 12th Street, which was requested by the village and the New Hyde Park Fire District, has been finished being built. Due to the closing of Covert Avenue while its grade crossing gets eliminated, 3TC provided the village with the temporary structure to provide easier access to emergency services for residents on the south side of the main line since the New Hyde Park Fire Department’s current facilities on Jericho Turnpike are on the north side. The village’s fire department will station an ambulance, a fire apparatus vehicle and two trailers for fire and emergency response personnel.

As mentioned in previous articles in the New Hyde Park Illustrated News, the Covert Avenue, South 12th Street and New Hyde Park Road grade crossings are being eliminated and will be replaced with underpasses. Besides having an easier flow of traffic with the newly added underpasses, emergency response times are expected to decrease since emergency vehicles will no longer have to wait for crossing gates to rise, which is something that could cost people their lives. Last year, the New Hyde Park Fire Department responded to more than 1,200 alarms. Now that the temporary firehouse is completed, the New Hyde Park Fire District will be able to respond to emergencies without any potential delays due to the closed grade crossings.

“Traffic management plans seems to have worked in keeping most out of town traffic, out of town,” said Mayor Lawrence Montreuil about the current state of the Covert Avenue closure in the village’s latest newsletter. “We did pick up more traffic on South 12th Street. The village installed an additional stop sign at Fifth Avenue as a traffic calming measure. We have also asked 3TC to work with Nassau County to improve the timing of the traffic lights on Jericho Turnpike at South 12th and Ingraham Lane.”

Montreuil said that the village will continue to monitor all traffic issues that are created by the third track project and will take corrective actions when needed.

“The construction at Covert Avenue will continue throughout the spring and into the summer,” said Montreuil. “The new bridge will be rolled into place during the August 24 weekend. The Second and Third Avenue bridges will be installed shortly after. Plans are to reopen Covert Avenue to traffic in September 2019 and to open Third Avenue in October and Second Avenue in November 2019.”

“Our village is enduring a lot and we will see some major disruptive impacts to our village,” concluded Montreuil. “As previously noted, we need to remember and understand that this is a temporary situation. In the end, the ultimate result will be a quieter, safer, less congested landscaped roadway and underpass.”

For more information about the third track project, residents can call the 24/7 Community Hotline at 516-203-4955, email CommunityOutreach@3rdTC.com, or visit the website www.lirrexpansion.com. The Community Information Center at 114 Old Country Rd., in Mineola is by appointment only. 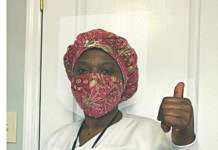 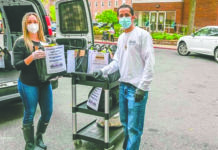 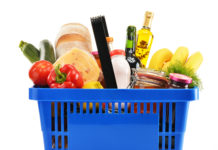