The RoboPandas, the Sewanhaka robotics team, recently ended a successful season during the FIRST Tech Challenge Rover Ruckus qualifiers. Fifty-two teams from Nassau and Suffolk counties participated in the qualifiers, according to the Sewanhaka Central High School District website. The RoboPandas ended in third place.

RoboPanda advisor Jack Chen, who is a career and technical education teacher at Sewanhaka High School, is proud of the accomplishments of the team, which is celebrating its 10th anniversary this year.

Otto Martinian, a Sewanhaka alumnus who is the former president of the RoboPandas and currently a sophomore at SUNY Purchase, volunteered at the competition as a field manager.

“It’s the 10 year anniversary of the RoboPandas, which started in 2009,” Martinian said proudly about the team.

According to Martinian, there are two main goals for any robotics competition, “cooperation and gracious professionalism”—cooperating and competing with other teams in a way that’s beneficial to everyone; win or lose.

The FIRST Tech Challenge competition itself consisted of a 30 second autonomous period and a two-minute driver controlled period. Although they experienced some technical difficulties, including their point collection mechanism breaking, after fixing it, the RoboPandas were still selected for third place. This cost them a match and brought them down in the ranking, so they didn’t move on to the Long Island Regional championship.

While their competition season is over, the RoboPandas are ready to learn from their experience and plan for the next season through practice and study.

—James Bonner is a journalism student at LIU 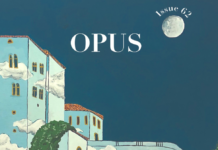