It is no secret that roads within Nassau County are confusing with all the different types of signage alerting drivers about what to do and what not to do while driving. However, this time it seems that the issue amongst motorists is the lack of signage on the roads that has local legislators and Nassau County Executive Laura Curran at a roadblock. 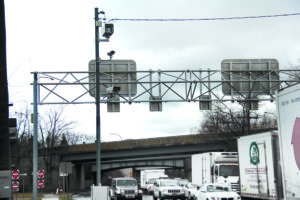 According to officials, the county missed an important deadline to install legislatively mandated red light camera warning signs alerting motorists to traffic restrictions, including where to stop before making a legal right turn on red. Due to the lack of signage, county motorists are getting slapped with that pesky $150 red light camera violation ticket.

“The bill came about when I first started receiving complaints from constituents for making complete stops before they made a right on red, but they didn’t make the stop exactly on the white line painted on the road,” said Legislator John R. Ferretti Jr., who is the bill’s sponsor. “In some instances, the white line was so eroded that you can barely see it.”

Ferretti and the other county legislators voted to enact a law that would require the county to install signs that direct drivers on restrictions, like not being allowed to turn on red at a given light or to stop in a specific spot to not trigger the cameras. The law was enacted on Dec. 20 of last year.

The signs, though, haven’t gone up as planned. When March 1 came around, the deadline to finish the work surrounding the cameras, a percentage of the signs were not put up.

“The ‘stop here on red’ signs are intended to assist motorists especially at intersections where the road markings are confusing,” said legislator and Nassau County Presiding Officer Richard Nicolello, who represents New Hyde Park. “It has been a mild winter and there is no reason why all of these signs are not already installed.”

According to Nicolello’s office, they have received constituent complaints regarding the red light cameras and the lack of signage.

“The red light camera program was meant to help keep our roads safer, and not be a ‘gotcha’ tax to hit drivers with as many tickets as they can,” said legislator Vincent Muscarella, who represents Floral Park. “These signs and markings that we voted into law and ordered to be installed by March 1, help drivers avoid frivolous tickets. The [Curran] administration should comply with the law as soon as possible.”

According to Curran’s office, the “Photo Enforced Advance” signs are 99 percent complete. However, “Stop Here on Red” signs are only up at 30 percent of the deemed locations.

“Legislator Ferretti’s staff has been provided all the information on the status of the sign installations,” said Christine Geed, who is a spokeswoman for the county executive. “These signs are essential to the safety of our residents and it is a priority that we install them correctly—not, in a rushed, irresponsible manner.”

The statement went on to say that the county’s coordination with the state’s department of transportation and the weather “are also significant factors dictating the pace of responsible installation.”

But that’s unacceptable, according to Ferretti. He said when the bill was first introduced, the county itself asked for the March 1 deadline, pushing it back so things wouldn’t be rushed and completed in a proper manner.

“Her statement said they had to be cautious and do it properly, and because of the weather, they weren’t able to do that,” Ferretti said. “It’s been the mildest winter in New York that I can remember, so to use the weather as an excuse for her non-compliance of the law is disingenuous at best.”

While the signs and paint jobs should be done by April 15, local media asked Geed about dismissing the tickets that were given to people turning right on red from March 1 to the self-imposed April 15 deadline.

“We have a zero-tolerance policy for motorists running red lights,” responded Geed.

Ferretti encourages residents that if they do get a ticket at an intersection, they should contact the county executive and insist she rectify the situation since the tickets they’re receiving aren’t fair. 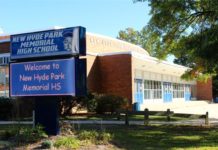 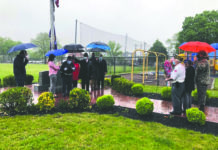 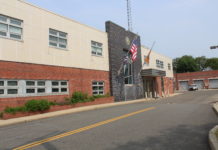