He was just 19-years-old when he tragically passed away. New Hyde Park resident Zachary Fazekas, who was also a firefighter for the New Hyde Park Fire Department, was on his way to EMT school last Saturday when he was involved in a fatal accident on his Ducati motorcycle shortly after 9 a.m. Fazekas was traveling from the Loop Parkway onto the Meadowbrook State Parkway, failed to negotiate the curve in the road and was ejected from his motorcycle. He was pronounced dead at the scene by state police.

Despite the tragedy and the tears, those who knew Fazekas described him as a kid who was an all-in-all great person.

“He was a complete gentleman, true friend and was on his way to becoming a great firefighter,” said ex-chief of the fire department and second lieutenant of Active Hook and Ladder Co #1, Steven Waldron. “We all say that some kids are good kids but Zach was the definition of that. The utmost respect for everyone. [He] was always willing to learn. Not a bad bone in his body. There is truly nothing bad you can say about this kid.”

Fazekas’ aunt and godmother, Victoria Fazekas Fassano said that her nephew and godson made an indelible mark on those he knew not by his big words or grand gestures but by his kindness, gentleness and humble good deeds.

“He had a great sense of humor and spirited sense of play,” said Fassano. “The thing I believe he will be remembered best for was how true he was. Friends, firemen, his hockey team, the people he worked for and our family all say how true he was to them and their team.”

Fassano said that it has been incomprehensible the outpouring of love and support the Fazekas family has received from the community.

“Nothing can bring our boy back but every little kindness is so greatly appreciated,” said Fassano.

Friends of Fazekas also remember him as someone who was always there when they needed help. 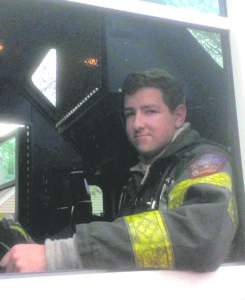 “My favorite memory of Zach was when he asked me to the New Hyde Park Fire Department Installation dinner,” said close friend and classmate Alexandra Bongiorno. “We dressed up, danced and had a great night together and with his department. When he asked me to be his date, I was overjoyed and knew instantly we would have a great time. Other than that, it was his ability to make me smile at any given moment. I’ll never forget the imprint Zach left on my heart.”

“Our business has been on Lakeville Road for 72 years and we’ve watched so many of the neighborhood children grow up both literally and figuratively,” said Eileen Wysel, who owns Bobb Howard’s General Store along with her husband Ronnie. “He lived a couple of blocks away and he would often stop into our store. He was a really nice young man and extremely polite. The world definitely lost one of the good guys.”

Fazekas, who was an avid hockey player, was a coach’s dream, according to his hockey coach, Rick Dominique.

“I started coaching Zach as a little guy,” said Dominique. “He was a funny kid, took his coaching direction well and was just a great kid. He paid attention and listened and improved. He did whatever you asked him to. My son and he became really good friends along with the other boys, like players often do. They played together all the way up through high school.”

Fazekas’ hockey family recently set up a GoFundMe page to keep his memory alive. Currently, members of the community have donated more than $30,000 to Fazekas’ family.

Dominique said as Fazekas grew into a young man, he developed an amazing sense of family and community, not just within the volunteer fire department, which became a huge part of his life.

“The Chaplin from the fire department brought up a not surprising but interesting statistic. Zach was one of the top firefighters on response to calls. He was the kid who would get up at two in the morning and go. He never turned down an offer to help other people,” said Dominique.

Once Dominique bought a motorcycle of his very own, he turned to Fazekas and Fazekas’ father for tips and pointers.

“When I needed someone to give me a couple of pointers and watch me ride, Zach and his father were the ones I turned to,” explained Dominique. “Zachary volunteered to drive my motorcycle to my road test for me without flinching. It was interesting because it was sort of like the master became the student, and the student became the master. I’ve always mentored him in hockey and he mentored me in motorcycle riding.”

When Dominique needed help moving a thousand pound hot tub in his backyard, Fazekas along with his best friend were the first two to volunteer.

“We moved a thousand pound hot tub with eight guys, had steak afterwards in the backyard and they all hung out,” said Dominique. “When Zach was leaving, he stopped for a minute and said, ‘Hey coach. This is actually really fun.’ It was work but the bonding afterwards with the guys that he had worked with, that was the kind of guy he was. He loved helping and recognized great opportunities.”

As an only child, Fazekas is survived by his parents John and Sara Fazekas. 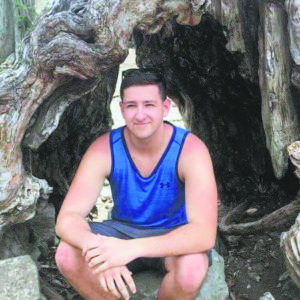 Visitation was held last week at the New Hyde Park Funeral Home with a funeral mass at Notre Dame Roman Catholic Church in New Hyde Park. Fazekas was interred at All Faiths Cemetery in Middle Village.