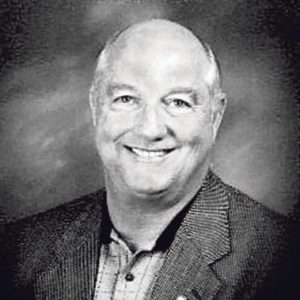 In loving memory of Richard Vincent Panzica, who was born Jan. 4, 1942 in Floral Park. Richard (Dick) is survived by his wife Susan, his son Michael, daughter-in-law, Ann, and three beautiful grand-daughters, Alex, Heather and Jordan, his daughter Stacy and his loving grandson AJ. Dick finally succumbed to his fierce battle with cancer on Dec. 21 after saying goodbye and being surrounded by his family. He was lovingly cared for by the amazing staff at Golden Empire Nursing and Rehab facility in California for more than three months before his passing. We, his family are so grateful to them, and to our many close friends who visited and kept him company and let him know how much he was loved. We are grateful for his faith and that he was able to spend Christmas in heaven.

Dick was involved in so many community efforts throughout his lifetime; but especially during his retirement years. After earning a Bachelor of Science degree in Business Management at Arizona State University, Dick joined the Air Force, and soon after met the love of his life, Susan. They would have been married 52 years on March 5, 2018. They enjoyed years of international as well as stateside assignments that brought wonderful travel, culture and especially amazing friendships that continue and span almost 50 years. His favorite assignment was his last, at Beale AFB as a U2 navigator. He became affectionately known as “The Godfather,” and organized Solo mission barbecues; which led to a retirement career as a mobile catering business, known as Bada Bing BBQ. He also was known as the “Wagon Master,” as he organized campouts for our U2 friends/families and close family friends, that continue to this day, on Memorial Day and Labor Day. Dick continued to serve the military in civil service after his active duty retirement, as an instructor to U2 pilots and navigators. In addition, he formed the “U2 Dragon Lady Association,” and organized U2 reunions every five years over the last several years.

His legacy will definitely live on as a great lover of this unique plane and his affiliation with the amazing group of men and women who serve our country proudly. Dick was a great patriot.

He also served as a Rotarian, a volunteer sheriff, and founded the LWW Christian’s Club. Unfortunately, in the past six months, he had to step down from these efforts, due to his illness. One of the charities dearest to Dick’s heart, “The Kellermann Foundation,” was founded right here in our home, at our dining room table. Thanks to a chance meeting with Dr. Scott Kellermann, the mission work he and his wife Carol had started in Uganda, Africa, touched my father’s heart, leading him to assist Dr. Kellermann in founding their nonprofit foundation. Over the years the foundation has helped to fund the building of a hospital, schools, and other Christian works in Uganda. He and Scott enjoyed a very special friendship.

Dick will be dearly missed by those who knew and loved him. He was a man filled with love for his family, friends, God and his country. He served all of them with his whole heart.

His Celebration of Life will be on Jan. 26 and will be officiated by Ron Thompson, the senior pastor at Twin Cities Church (Grass Valley, CA). A reception will follow. In lieu of flowers please make any donations to the Kellermann Foundation. 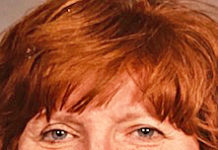 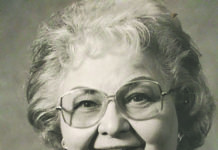