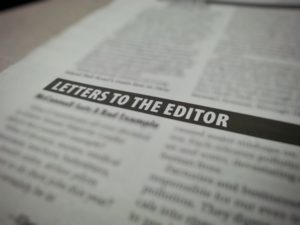 After reading “Inside Politics” by Jerry Kremer, in your Aug. 10 edition, I had to comment on his article’s lack of facts and view of reality aside from his blatant bias. First, I think your readers should know who Jerry Kremer is, or was as a politician, that “qualifies” him to write his opinion piece about a Presidential election some 28 years after he chose to leave his elected office. Mr. Kremer resigned from his NYS Assembly seat just two weeks before returning to office in 1988. “It was speculated that his resignation, after his 23 years of service, may have been motivated in part by his objections to a new state ethics law that was to take effect on January 1, 1989, which required fuller financial disclosure by legislators and prohibits legislators from appearing before state agencies.” (NY Times,12/15/1988).
It appears Mr. Kremer had an issue with political ethics compliance in Albany back in 1988, an issue, that still festers in Albany today. However, his article about today’s Presidential race is completely devoid of important voters issues, and is all about his professed love for the Clintons and Joe Biden.
Mr. Kremer believes that to be the winner of today’s presidential race, all either candidate has to do is convince the voting public that they understand their grievances, and that the candidate must “feel the pain” of the voters in a convincing way. If it were only that simple, any good actor could win this election, if acting was all that was needed.
Mr. Kremer doesn’t once mention the real issues surrounding the current presidential candidates, like Hillary Clinton’s lies upon lies about lying. She’s just not trustworthy as a candidate. She feels no pain other than her own. Her, and her husband, were as you may recall “dead broke” when they left the White House. Really? Dead broke? By what standard is the application “broke” being applied here? The Clintons make speeches for hundreds of thousands of dollars, she panders to whoever is funneling cash into her campaign, or into the Bill, Hillary and Chelsea Clinton Foundation. A federal investigation is still ongoing into these issues, yet it is not mentioned by Mr. Kremer. Let’s not forget her position as Secretary of State and the death of four Americans in Benghazi on her watch. Again, lies used to save face and not an once of care about “feeling the pain” for the victims or their families.
Mr. Kremer also states that “Trump is incapable of arousing anything more than hate.” Then ends his piece by saying Hillary Clinton has her opportunity to win the election on her merits. The merits he never once mentions in his article. She has no merits worthy of mentioning, so I guess it was best to leave any attempt of listing them out of his piece. Consider this Mr. Kremer, Trump may not be the most polished candidate but he speaks the truth and has tapped into the feelings of many Americans about personal issues important to them. He’s not a career politician, like the Clintons, or your former self, yet he’s touched the hearts and souls of Americans who want a better America.
So if you’re going to write an article for “Inside Politics” I think you would be best served to be “inside” politics. Not sitting outside for the last 28 years and professing to know what America needs. I assure you, America does not need another shameless liar in the White House. God Bless America.
Kevin D. Hassett 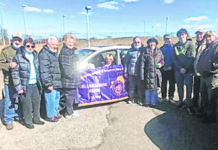 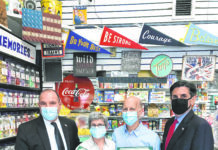