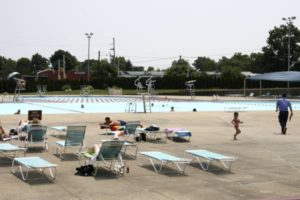 BY JOE SCOTCHIE
jscotchie@antonmediagroup.com
This year, the Clinton G. Martin pool in New Hyde Park is celebrating its 50th anniversary. However, Town of North Hempstead officials have determined that it is imperative that the pool receive necessary renovations if it is to stay open for future generations of residents to enjoy.
In June, North Hempstead Town Supervisor Judi Bosworth and the town board mailed a survey to all 12,877 properties of the Special Park District requesting feedback regarding proposals for the renovation of pool facility. Town officials said that they heard back from 1,717 respondents.
The results? Up to 65 percent of respondents, totaling 1,109 people, support “some form” of renovation for the pool, which is celebrating its 50th anniversary this year. The survey gave residents two renovation plans to choose from. According to town officials, 686 respondents, or 40 percent, support Plan 2, a $15 million renovation of the pool and its facilities. Nearly 25 percent of respondents, or 423 people, support Plan 1, an infrastructure improvement of the pool at a cost of about $9 million.
Bosworth said that the town was pleased with the overall response.
“I believe we have a good sense of what the residents want and what they are willing to pay for,” Bosworth said. “We will be looking to find a ‘middle of the road’ compromise between both plans, so that we can deliver the most desired components of the renovation, while keeping costs down.”
There were two options offered in the survey that would allow the pool to stay open and remain a place of enjoyment for park district residents. In both options, town officials added, the footprint of the main pool will remain the same, including all swim lanes.
Plan 1 would include replacing only the infrastructure of the pool and its internal components. This option would not change the appearance of the pool facility and would cost, as noted, approximately $9 million.
Plan 2 would replace the infrastructure and also redesign the entire facility, adding many amenities such as locker room improvements, more shade area, façade renovations, spray features and a recreation room for park district residents. This would cost, as also listed above, approximately $15 million.
Based upon the responses to the survey, the town asked the architects and engineers to develop a hybrid version of Plan 1 and Plan 2 that both addresses the majority of the community’s concerns while reducing costs.
Other survey results revealed that the majority of the community did not support the water slide proposal. Other questions that addressed the aesthetic improvements of the exterior pool facilities buildings also did not receive support from a majority of respondents, officials added. Town officials said that the town will be making improvements to the interior of the building, including renovating the outdated locker rooms and will also be adding a recreational room for seasonal usage and improving the tennis courts.
The pool does remain popular among local residents and it receives good reviews in online surveys.
For instance, a Google review by Dan Heggelke states: “[A] very nice local town park and pool. The swimming lessons are excellent. The pool, while well maintained, is dated and is up for vote on whether it will be updated or closed. Hopefully it gets renovated because it’s a nice facility.”
Meanwhile, Jeff Stone added that the pool remains a “great place for mature residents of the Town of North Hempstead to meet.”
A September meeting will be scheduled to update the community on the plan for the pool. No date has been set, but New Hyde Park residents are encouraged to continue to check town’s website: http://www.northhempsteadny.gov/cgmpoolproject or call 311 for the date and location of the meeting. 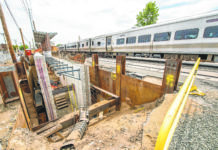 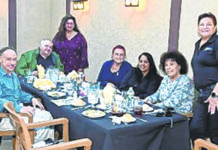